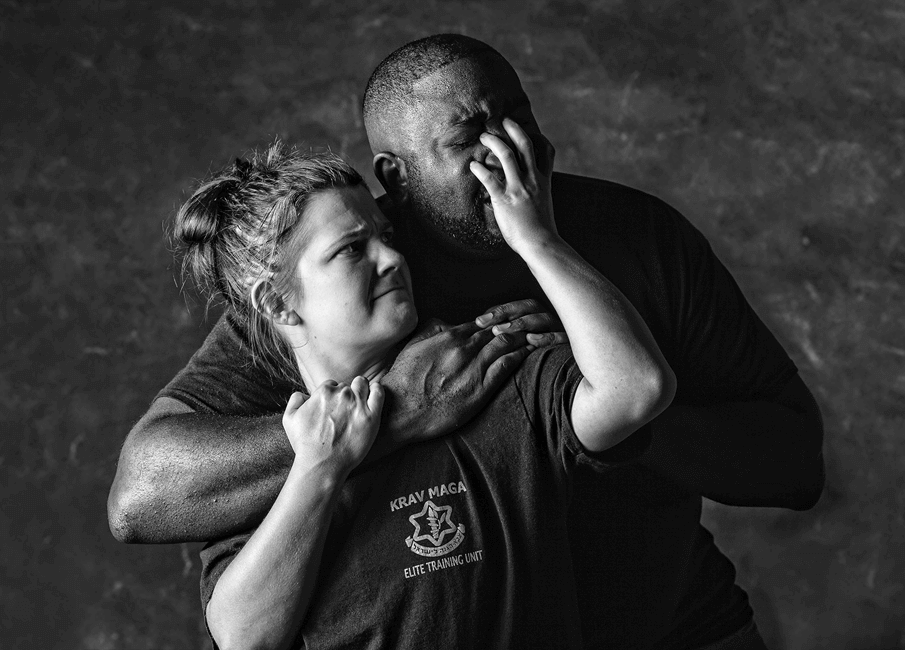 Martial arts training has been a lifelong passion and hobby of mine. It offers many ways to grow, that is to continually learn and improve. That’s probably why I’ve never stopped training. I particularly love to compete in tournaments. There are so many good reasons to compete. After reflecting on a past experience, I realized that I have another reason to add to my list.

I started martial arts training over 25 years ago at the age of 8. I started because it was fun and I quickly fell in love with it. For me, tournament competition wasn’t about anything more than having fun at doing something that I loved. I had no idea that it was giving me experience and developing skill sets that would benefit me as an adult.

In my adult life, I’ve had a few experiences in which I’ve had to rely on my karate training to get me out of a bad situation. Each time I relied on de-escalation, a skill that I indirectly developed through tournament competition. One unforgettable instance, after which, I distinctly realized that my tournament training had indirectly prepared my for a real-life self-defenses situation happened at what I considered a “safe place.”

As a young adult, I would often go on long walks and stop to read at a local city park. After reading for a while, I would venture down a path to a nearby retail store to have a look around. I always kept an eye on my surroundings while on the path and at the park; and I took notice of who was coming and going around me. One day, while reading at the park, I noticed two men in cars yelling at each other through their windows. With my curiosity peaked, I watched from a distance as one of the cars quickly sped off. The second man got out of his car and sat at a bench adjacent to mine. There was no one else at the park that day. I was essentially alone.

As usual, I began my trek down the path and toward the store when I noticed the second man walking back towards his car. He was leaving the park. Warning bells immediately began to ring. Not wanting to overreact, I talked myself out of acting on those warning signals. I chose to ignore them. The wooded path to the store wound around back roads and under main roads. During my stroll, I noticed that the car from one of the suspicious men was parked along the path. My intuition warned me that I was being stalked by these two strange men. Thankfully, I arrived unimpeded and safely at the store. The experience had left me shaken and scared, so I decided to call a friend to pick me up at the store.

However, once I was back in the realm of safety, I felt foolish and paranoid about the whole situation. I minimized the experience, and consequently pushed the lesson aside. I decided not to worry about it and resumed my routine the following day. When I returned to the park the next day, the men were there again. This time, however, they didn’t pull up next to each other. One of the men I’ll call Man#1 drove his car in one loop around the parking lot and left. Man#2 just sat there in his car. It was strange behavior and it frightened me. As was often the case, in my favorite reading place, there was no one else around. I didn’t want to go back the way I came since it was a wooded area and therefore easy for someone to be obscured from a direct sight. Instead of taking the wooded path to the store, I decided to walk on the main road where there was more traffic, more visibility. My senses were invigorated, and my blood was pumping! As I feared, one of the men pulled his car to within 50 feet of me and rolled down his window. I could feel the rush of adrenaline pulse through my body. My heart was beating so loud I was sure he could hear it. My body was preparing for a confrontation.

He held something out his window and I heard him say something about “helping him.” But he was mumbling. I knew it was an attempt to lure me closer to his car. Without a conscious thought, I put on my confident, intense face and looked him square in the eye and said, “speak louder!” He continued mumbling while waving at me to come closer. I said “No!” as confidently as I could while shaking my head at him like he was crazy. I could see that he was sizing me up for a moment before he sped off toward his friend who was parked just down the street.

I can tell you that although I was terrified, I faced him directly. I was prepared to fight if he came any closer to me. Reflecting on what had happened that day—on how I was able to aggressively assert myself in that instance—I realized that the strength I was able to conjure so that I could overcome my fear was a skill I had developed through regular tournament competition. Unconsciously, I was projecting the confidence and strength I had developed while performing and competing in martial arts tournaments.

In retrospect, I was able to learn a skill at a young age and practice it for most of my life before I ever had to use it. Tournaments allowed me to put myself in new and uncomfortable situations. It enabled me to learn to adapt, as well as to practice projecting confidence in front of strangers. Now that I am a mother, I want to make sure my daughter is equipped with the same tools that tournament practice has to offer. That is why we compete.

“Tournaments are an opportunity to practice your art under duress.”
Kelly Worley 7th Degree Black Belt and Master Instructor