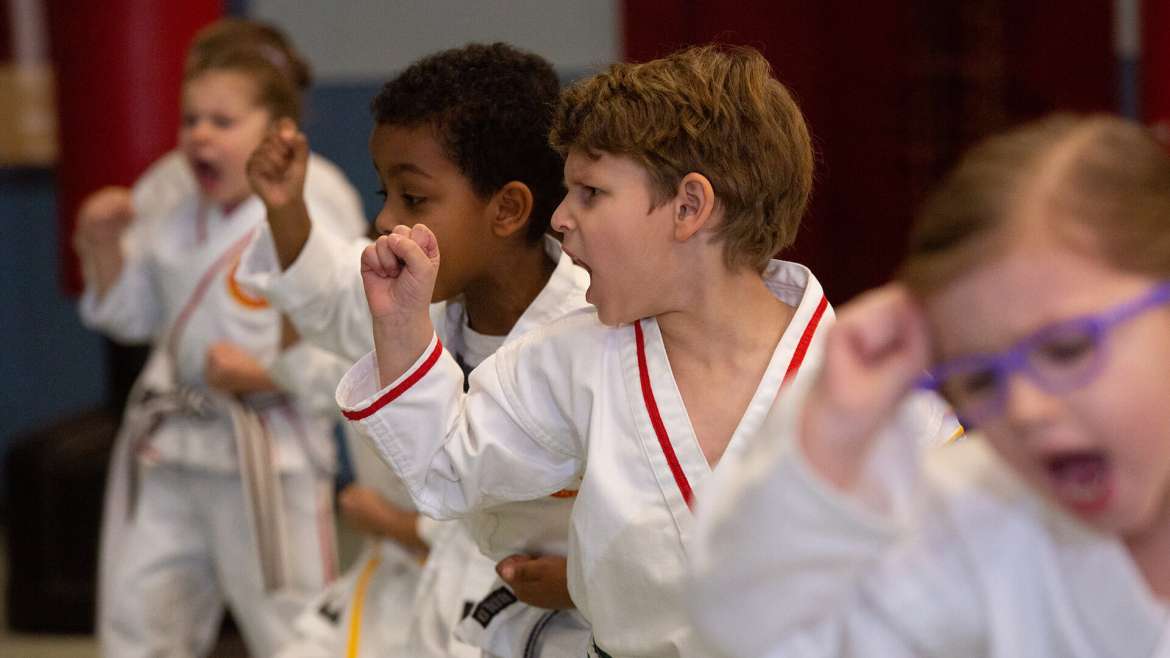 A conventional childhood was a luxury that I was not able to experience. Having been born with a rare condition known as Retinitis Pigmentosa or RP, standard childhood sports and activities were simply something I was not able to participate in. RP is a degenerative condition that causes severe vision loss. It meant that sports such as baseball, football, soccer, and such, would never be a possibility for me to play competitively, or in any in-house leagues. That, however, does not mean that I detest my childhood in any way. Actually, it’s quite the opposite for me. I am extremely grateful for every challenge I have faced, every obstacle that I have had to overcome, and every difficult choice I have had to make. I credit this mindset to over 13 years of practicing Karate with the National Karat Academy of Martial Arts.

I have always been athletic. For me, this made not being able to play most sports very disappointing. But I was determined to find an activity that I could not only participate in, but excel at. It took a while. But one day, I went grocery shopping with my mom and noticed a “National Karate” sign on the building next door. After a little bit of begging and cute-face making, 6-year-old me convinced my mom to go in and check it out. Mr. Levine, the school instructor, was super friendly and he explained to me what it meant to be a National Karate student, as well as how much work it would take in order to progress through the ranks and eventually reach black belt. I knew then and there that I had found the sport for me.

Because I was only 6 years old, I started my Karate career in the children’s program. This program taught great foundational skills which helped with not only my Karate, but also with my overall attitude. After a few months in the children’s program I turned 7 years old. This meant that I could transition into the youth program. And, that it was time to start seriously training towards earning my black belt. I couldn’t have been more excited nor better prepared by the National Karate instructors I was fortunate to work with.

It took me 4 years to progress through the belt ranks and become eligible to start the screening process required to test for my black belt. Those 4 years were some of the most important years of my life. I made some great friends, which I am still very close with to this day. I learned the importance of respect and responsibility. Most importantly, I learned to never pity myself for any disadvantages I may have.

I was only 10 years old when I went into my first round of screenings. I was extremely nervous and therefore I made a lot of mistakes on techniques that I would normally do well. Those mistakes caused me to fail that first set of screenings. I would have to wait 3 months in order to try again. I was frustrated, sad, but motivated most of all. I was determined to work as hard as I could to improve my skills in order to pass the next round of screenings. That’s exactly what I did and earning my black belt was the most rewarding feeling I’ve ever felt. I proved to myself that I am capable of doing anything I put my mind to, regardless of any disadvantages. This feeling pushes me to work hard in order to hone my skills to the best of my ability in all things I do.

After earning my black belt, I decided to get serious with competitive Karate. I had always been good at forms in class, so I wanted to see how I am compared to other black belts my age. To my surprise, I’m really good: I placed 2nd at my first tournament as a black belt in traditional forms and I’ve continued to compete regularly for the years that have followed. On several different of competition years, in the Midwest, I’ve placed in the top three in my divisions, and in three of those years, I have placed 1st.

After 13 years of practicing at the National Karate Academy of Martial Arts, I am now a third-degree black belt, as well as an instructor. The skills that I have learned from all the years of practicing Karate have taught me so much and has shaped me into the young man I am today. I credit my attitude, work ethic and mindset to the excellent training I received at National Karate. I am grateful to every instructor that I have ever worked with. I know that my life would have been much different without National Karate. And I will carry the skills I have learned with me for the rest of my life